There are 3 different registration modes:

END_OF_DOCUMENT_TOKEN_TO_BE_REPLACED

Let’s assume that we have a Frame Relay topology like in the picture below. We want to have full IP connectivity between our ‘labnario’ routers. To demonstrate, how to configure different types of Frame Relay interface, I will use: 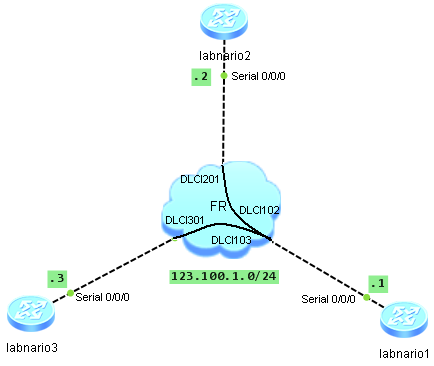 END_OF_DOCUMENT_TOKEN_TO_BE_REPLACED

We have a useful command (capture-packet …), on some devices, to catch packets remotely. When taking S5700 switch into consideration, we can capture all packets from an interface (port mirroring) or packets matching specified rules (traffic mirroring). These capture packets can be sent to FTP or TFTP servers and displayed on terminal screen. CX600 and NE40E routers with V6R3 software version can send capture packets to local CF card (name.cap file).

Let’s look at this command:

As you can see you can use port or traffic mirroring. You can also catch packets sent to CPU.

END_OF_DOCUMENT_TOKEN_TO_BE_REPLACED 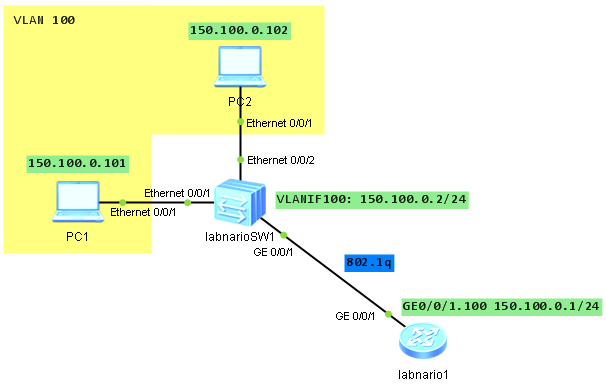 END_OF_DOCUMENT_TOKEN_TO_BE_REPLACED

Link aggregation, in other words trunking, is a technique that helps to increase bandwidth by bundling multiple physical interfaces into a logical one, named Eth-trunk. Besides bandwidth increase, trunking lets us to implement load-balancing and ensure higher reliability.

Few restrictions must be taken into consideration when creating Eth-trunk interface:

There are 2 methods of link aggregation: