You, as the network administrator, were tasked with providing access to a network, where 4 machines have been connected.

It is simple task. Nothing can happen, but…

Everything is ready and you are checking connectivity between RT2 and those machines, and… To your suprise, you can only ping even-numbered IP addresses:

END_OF_DOCUMENT_TOKEN_TO_BE_REPLACED

Why might we want to assign multiple IP addresses to the same interface? The following are the most common scenarios:

How to configure multiple IP addresses on Huawei devices?

Let’s configure a pair of routers connected via a Gigabit Ethernet link and use four different logical networks.

END_OF_DOCUMENT_TOKEN_TO_BE_REPLACED

how to solve a problem of hanging alarms in Huawei U2000

Let’s assume that you have U2000 NMS server to monitor Huawei devices. We can manage these devices in 2 ways: outband or inband management. Outband management means that you have a separate DCN network to manage devices. It is commonly used for critical nodes, for example for backbone routers. Unlike to backbone network, it is difficult to implement DCN for mobile backhaul networks, where the number of devices reaches hundreds or even thousands. In such situation inband management is implemented to reduce cost. Then the decision how to send SNMP packets to the NMS server is based on routing protocols. The packets travel through the monitored network and are susceptible to all turbulences, which can appear in the network. This may lead to the fact that some SNMP packets may be lost by the network.

Let’s imagine such case. A link between a router and NMS is “DOWN”. No redundant link is established. The router sends SNMP trap to the NMS server but the server is not available. The SNMP packet is lost. Then the link is going to “UP” state and the router send SNMP trap to U2000. This trap is then dropped by U2000 because there is not related “DOWN” trap, which was lost before.

U2000 synchronizes alarms with devices every 30 minutes and NMS server receives “DOWN” trap from the router, which was lost earlier. As the clearing trap was dropped, this “DOWN” alarm will not be cleared anymore. Then we have “DOWN” hanging (not cleared) alarm in U2000.

END_OF_DOCUMENT_TOKEN_TO_BE_REPLACED

Huawei ATN950B routers are designed and intended for Metropolitan Area Networks. They are relatively new devices and often used in IP RAN solutions for 2G, 3G and LTE.

But I would not like to describe this product. Let’s focus on console cable for ATN950B.

Let’s imagine you have such router, power it on and try to connect to console port. And … nothing …, no any prompt. A standard console cable, you used for NE40E or CX600, does not work.

Do not panic, do it yourself using standard console cable. How to do this? Look below:

END_OF_DOCUMENT_TOKEN_TO_BE_REPLACED

And after the holidays …

We can bring up a subject of 10GE interfaces on Huawei CX600-X1-X2 platform. The short subject but can be useful. 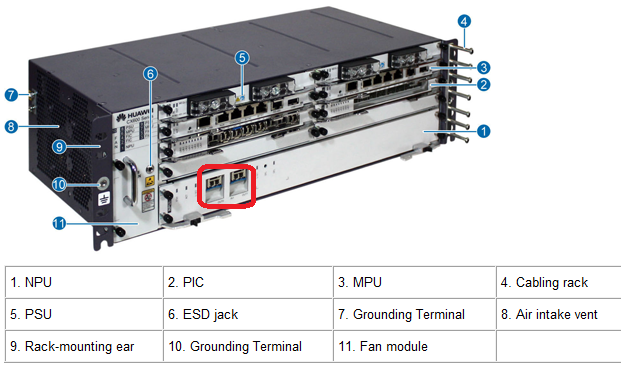 Let’s imagine that you have NPUI board installed on the router: