END_OF_DOCUMENT_TOKEN_TO_BE_REPLACED

Do you know the Private VLAN feature from Cisco switches? The same feature exists on Huawei switches and is called the MUX VLAN.

How does this feature work?

Look at the topology below. Let’s assume that we want to configure our labnariosw switch, so that: 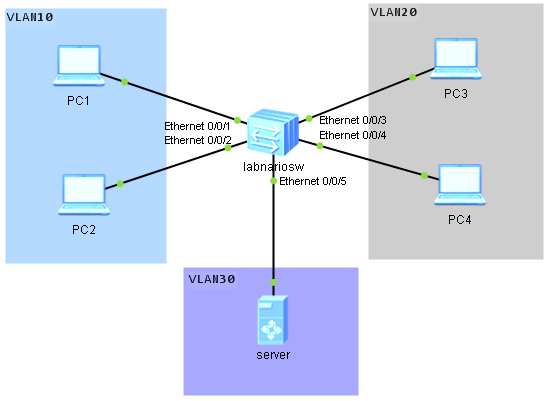