Layer 2 tunneling protocol (L2TP) connection can be established in the following tree modes:

This is not my job to tell you about the theory. You can find plenty of information about L2TP on the internet. Let’s focus today on the third mode.

In most cases, an L2TP user directly dials up to a LAC, and only connection is established between the user and LAC. Unlike NAS and Client-initializated modes, in LAC-auto-initializated mode users can connect to the LAC by sending IP packets. At the same time LAC needs to have a PPP user created and a tunnel with the LNS established. The two ends of an L2TP tunnel reside on LAC and LNS respectively. As you can see from the topology below, in LAC-auto-initiated mode, LAN can be directly connected to LAC.

Let’s look how to configure L2TP on Huawei routers.

END_OF_DOCUMENT_TOKEN_TO_BE_REPLACED

Some time ago I published article about BGP local preference attribute. Today I’d like to show you how to configure BGP MED attribute.

What is it for?

The multi-exit discriminator MED determines an optimal route for incoming traffic of an AS. When a BGP device obtains multiple routes to the same destination but with different next hops from EBGP peers, the BGP device selects the route with the smallest MED value as the optimal route. Simply saying, configuring MED attribute, we would like to show the next hop for traffic coming from EBGP peer. The MED attribute is exchanged only between two neighboring ASs. The AS that receives the MED attribute does not advertise it to any other ASs. 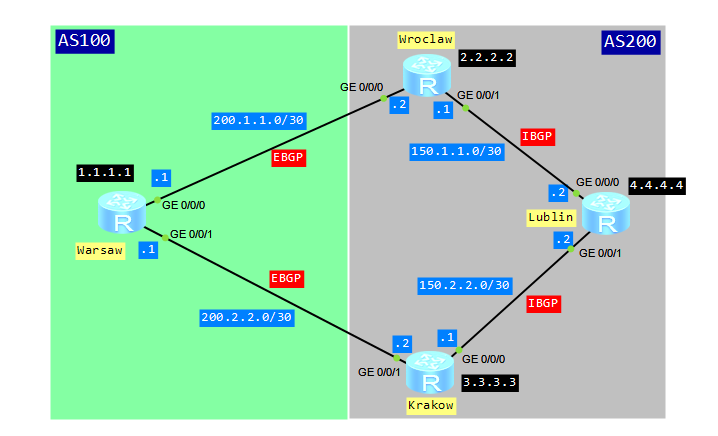 END_OF_DOCUMENT_TOKEN_TO_BE_REPLACED

Why might we want to assign multiple IP addresses to the same interface? The following are the most common scenarios:

How to configure multiple IP addresses on Huawei devices?

Let’s configure a pair of routers connected via a Gigabit Ethernet link and use four different logical networks.

END_OF_DOCUMENT_TOKEN_TO_BE_REPLACED

As you know I try to avoid products descriptions here, on this blog. But last time I had possibility to see ATN905 boxes, available in the indoor and outdoor types. You can install them in various environment. The application scenarios of ATN905 are divided into the small-cell base station bearer scenario and the Ethernet demarcation device (EDD) scenario.

Let’s look at the pictures of the two types of this router: 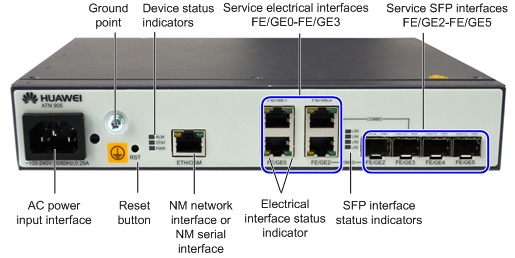