Although each device has the defult configuration of local attack defense policy, you can change it every time you need.

Based on AR documentation: 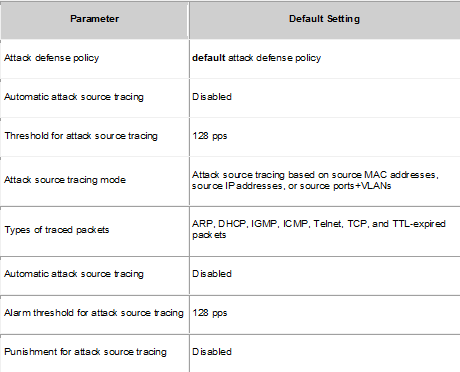 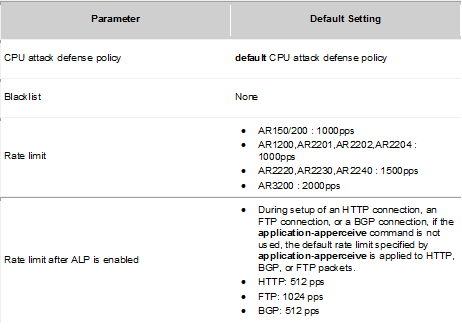 Configuring the rate limit for packets sent to the CPU:

Setting the priority for packets of a specified protocol:

Configuring the rate limit for all packets sent to the CPU: